ChunkLoaderError issue with Nuxt.js in Safari

After a few months of hard work, I released a production version of the application build with nuxt.js in SPA mode. With the team, we tested various scenarios, observed and immediately fixed minor bugs, and started to open the champagne after great success. Then the call came:

The error appeared only in Safari browser and on specific pages. Fortunately, I was prepared to debug Safari behavior in Windows1, but console output surprised me:

You don’t see these messages so often…

We had a very few candidates:

But the internet didn’t help us very well with the analysis of the output messages. I didn’t have much clue and the team was afraid of reverting production changes back. Time was ticking.

Sometimes it’s just good to understand what’s going on and stop panicking! I closed all the opened tabs, turned on focused, mode and took a look on first message with Invalid regular expression. Why do we get it?

According to this stackoverflow answer2 Invalid group specifier name is thrown if Look behind expression is applied to regexp pattern. But I didn’t find any copy-paste references of it in the source code, so I needed to understand what the look behind really is3. The view of caniuse made me confident, we found the right root cause.

We used var mediaRegexp = /(?<=oembed url\=\")(.*?)(?=\")/g regexp pattern to filter oembed elements from the API response to create gallery of youtube videos. After removing the lookbehind part, the issue was gone. We had this part of the code in the application for quite time (several months), but it wasn’t shown because we used SSR nuxt.js mode until recently. We didn’t trigger this error during the testing by accident, because not all the pages have a video gallery.

In the end, the issue was like many others. The most important thing I got from the solution, is a thinking pattern:

Docs to read and tools to use: 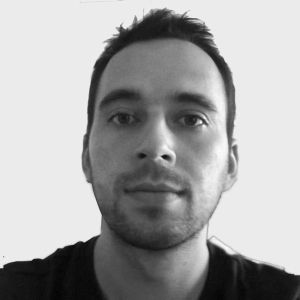